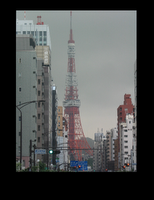 So, before I start talking about how the "Toyota International Teacher Program" to Japan changed the way that I think about the world, let me tell you a little about what we did.

The trip started on the 23rd of June for me as I left DIA (Denver International Airport) and headed west to LAX (Los Angeles International Airplort). There were three other teachers from Colorado and we were all on the same flight to LAX. We had never met before and had no idea of what were going to experience in Japan.

There was an evening orientation at Toyota Headquarters in Torrance California.

June 25th - Arrival in Tokyo and a free evening.

June 26th - Toyko Orientation, presentation by an environmental speaker for Toyota, a Kabuki performance and a free evening.

June 27th - Visited Soka University and met with students and a professor, visited a high school and talked with teachers and students, a baseball game in Tokyo and a free evening.

June 28th - Presentation at Roppongi Hills on architecture, environment and industry. We visited Meiji Shrine and the US Embassy. That evening we traveled to Nagoya by the shinkansen (bullet train).

June 29th - Visited Toyota Commemorative Museum, TMC Showroom and viewed the production line for the Camry and Prius. We also had an introduction to the Toyota Production System (TPS). That evening we traveled to Kyoto by the bullet train.

June 30th - Met Mr. Alex Kerr who gave an overview of all the stuff in Kyoto and an introduction to his program called Origin Arts Program. We were allowed to explore Kyoto for the last half of the day on our own.

July 1st - We were at the Origin Program today where we learned about Calligraphy, Waraku, Tea Ceremony and Noh Drama.

July 2nd - We departed for Nagasaki and then to the island of Hirado. We traveled to the hotel on Hirado, enjoyed an onsen and looked around the town. Another group of teachers went to another island for a stay there.

July 3rd - We took a tour of the town and castle, visited Hirado Elementary School and visited with the students, and that night we had an overnight stay with a family on the island.

July 4th - We traveled back to Nagasaki and had a program debriefing at the Art Museum. We were given time at the Peace Museum and Memorial Park. That night we had a farewell party.

July 5th - We traveled from Fukuoka Airport to Kansai to LAX to DIA.

July 7th - Jet-lag and head fog catch up with me.

July 8th - Finally have some clear thoughts and can write stuff on paper.

Well, there it is. The whirlwind tour of the country of Japan. Someone asked if I would go back. My answer was a strong "YES". I will put some detailed entries from the trip up over the next couple of days.
Posted by Hatak at 3:37 PM